On Tuesday 3rd March 2020 a group of eight students from the Courtyard attended Richard Cloudesley School for the Courtyard's first ever inter-school competition competing in the game of Boccia.

Boccia is similar to bowls in which players roll coloured balls from a sitting position and whoever throws closest to the white ball, wins.

Teams were made on arrival and the competition began. The Courtyard were off to a flying start! However, the poise and clear experience from Richard Cloudesley pupils shone through and by the end of the day Richard Cloudesley were crowned winners, only just! The sportsmanship between The Courtyard pupils and those from Richard Cloudesley was fantastic to see. The opposition were predominantly in wheelchairs and certainly demonstrated an incredible drive and resilience to prove they were just as capable, and even better! than their able-bodied competitors. Overall, it was a great experience for our pupils to gain experience of competition in a new and different setting against pupils they did not know. The day was a massive success with future dates planned for more competition between the two schools. 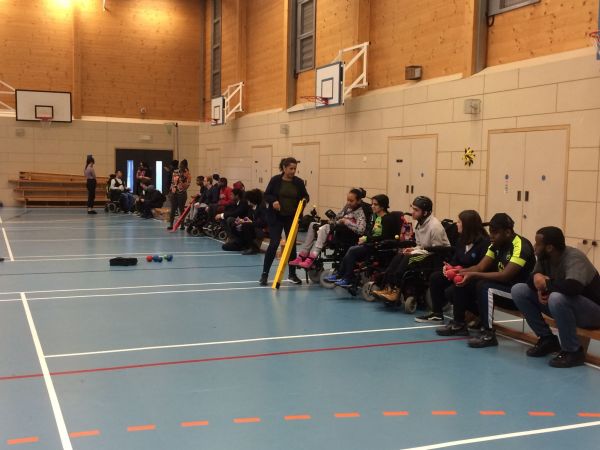 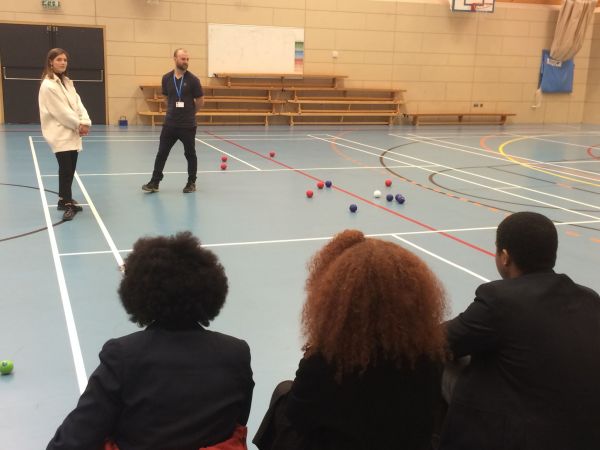 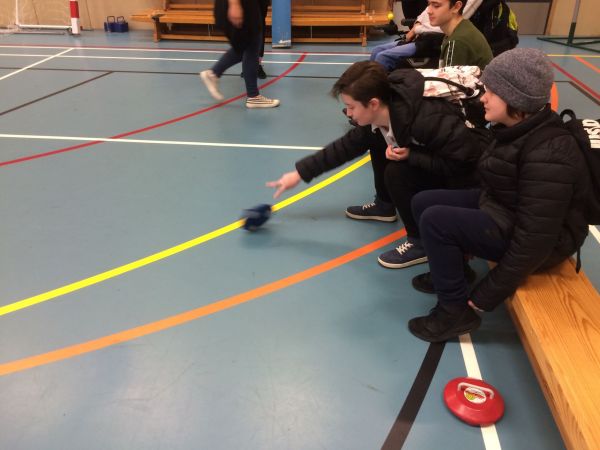 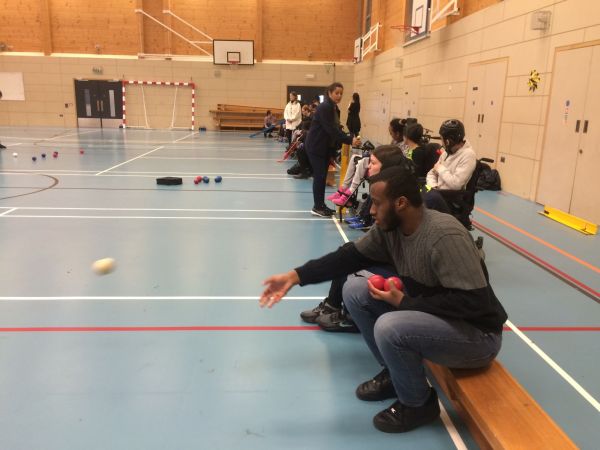